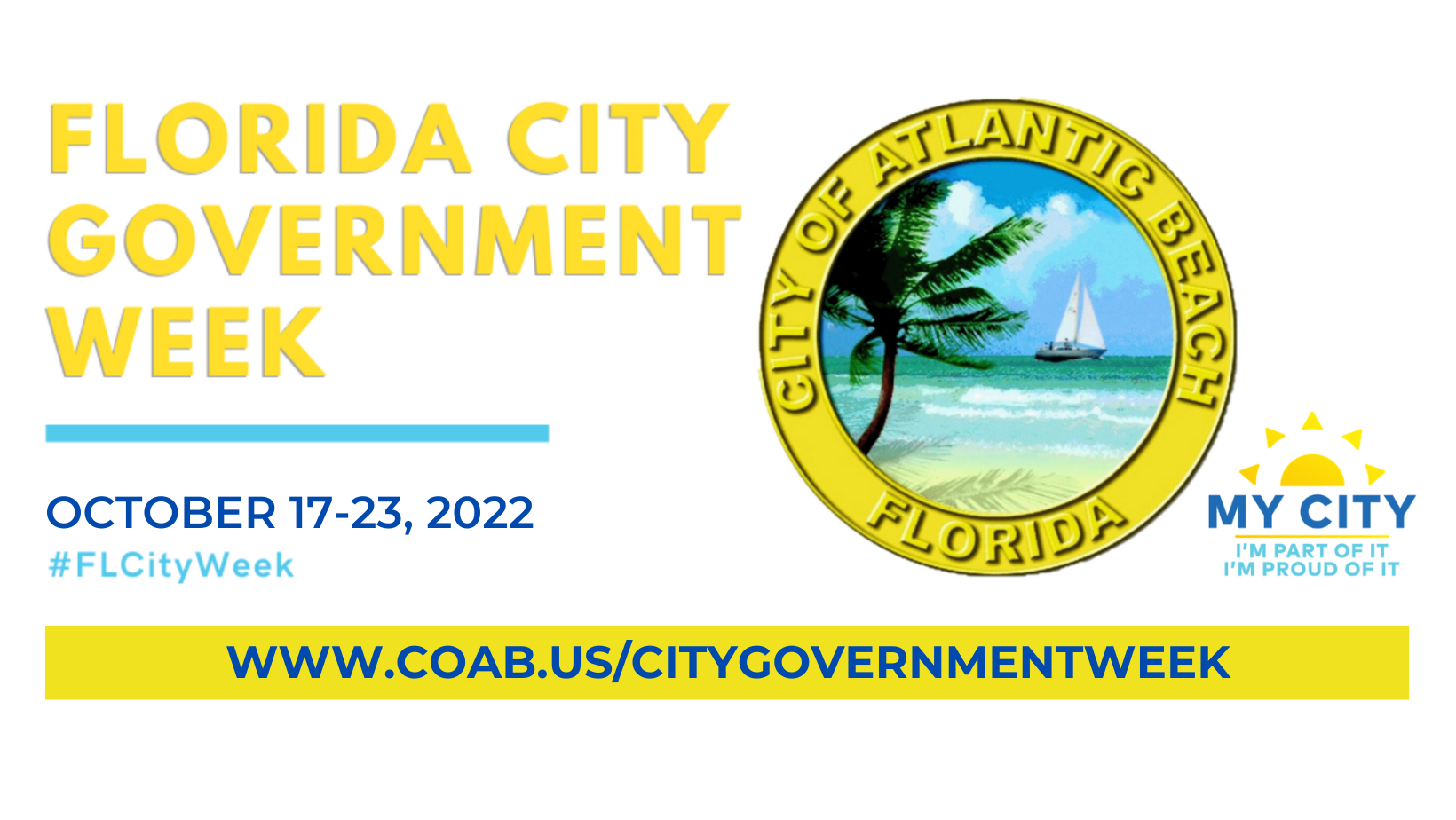 The City of Atlantic Beach is joining communities throughout the state in celebrating Florida City Government Week Oct. 17-23 with a variety of initiatives to bring awareness to the role local government plays in residents’ lives.

Next week, the City will celebrate and honor its workforce with an Employee Appreciation Celebration.

The Florida League of Cities, which has provided a united voice for the state’s municipal governments for more than 100 years, is sponsoring the weeklong campaign as part of its ongoing effort to promote and foster civics education and engagement. “Local government is the one closest to the people and the one that has a direct impact on the daily lives of their residents and businesses,” said FLC President and Port St. Lucie Vice Mayor Jolien Caraballo. “Particularly during times of crisis or disasters, cities are there each day helping residents recover, repair and reconnect to each other. Florida City Government Week is an opportunity to recognize not only what cities do in difficult times, but also the many wonderful things they do to make Florida’s cities great places to live, work and play.” FLC notes that, in the wake of Hurricane Ian’s widespread destruction, cities are demonstrating their ability to assist residents and businesses with restoration and recovery. The Florida City Government Week’s annual theme, “My City: I’m Part of It, I’m Proud of It,” encourages cities to celebrate what makes their individual city, town, or village great.

Cities provide a higher level of service than most governments and generally receive higher approval ratings than other levels of government. Yet, many residents are unaware of how city services impact their lives. Through Florida City Government Week, Florida cities hope to bring awareness to city governments’ role in enhancing the quality of life in communities.