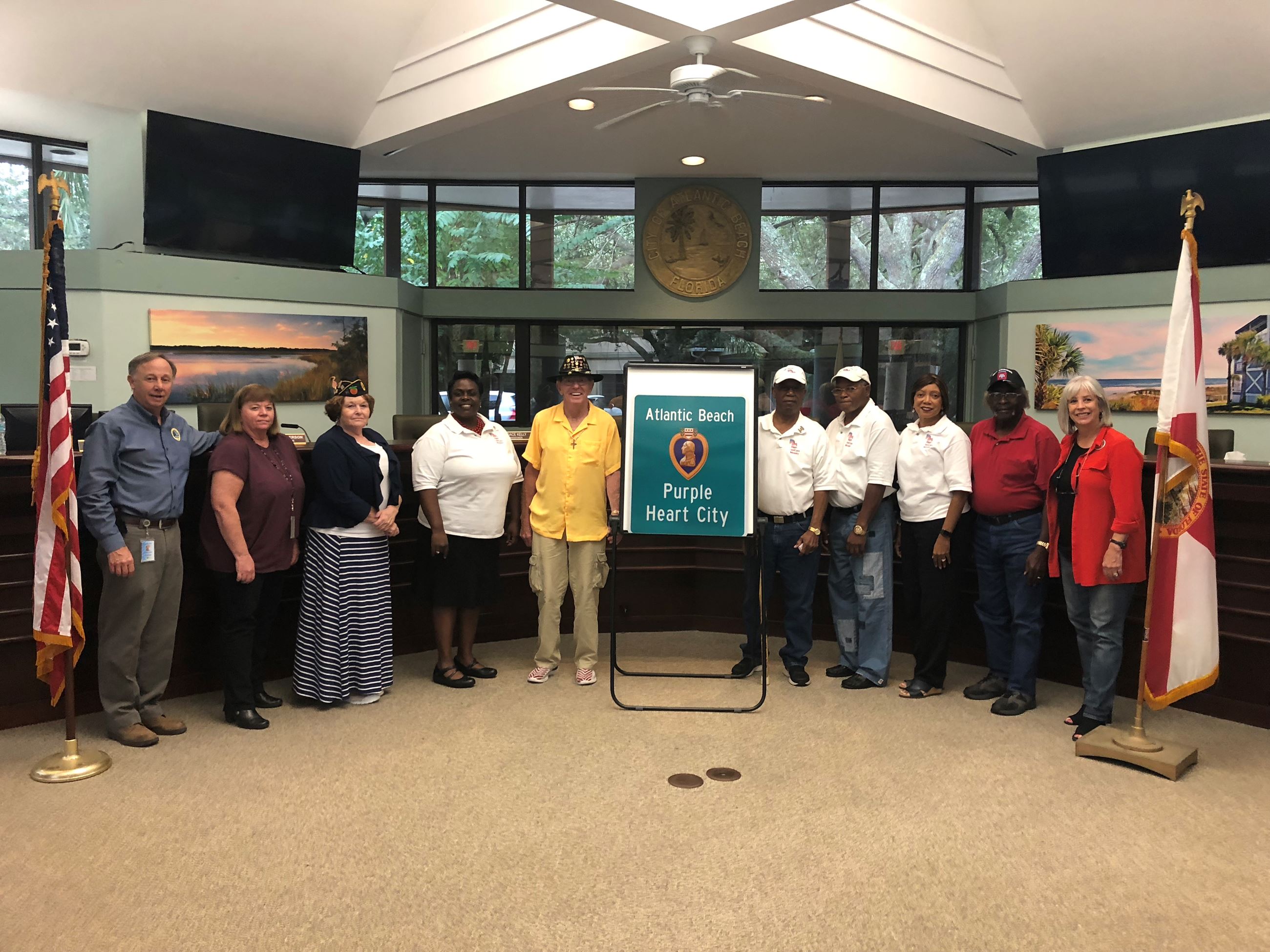 The City of Atlantic Beach was designated as a Purple Heart City earlier this year and adopted a proclamation, accordingly, expressing residents’ appreciation for Purple Heart recipients valor and patriotism.

RMP VetCare Ministry was established to support local veterans and their families; the Purple Heart is awarded to individuals wounded in action against an enemy or as a direct result of an act of the enemy.

The Oct. 23 check presentation was made as part of the City of Atlantic Beach’s Florida City Government Week activities.

“It is an honor to service those who have sacrificed so much for our nation. The little we do has the ability to change much,” said Rev. Vaseal Montgomery, director of RMP VetCare Ministry.

Atlantic Beach has a large, highly decorated active-duty and veteran population, including many Purple Heart recipients. The City was designated a Purple Heart City by the Military Order of the Purple Heart, a Congressionally chartered organization that supports combat-wounded veterans and works to ensure that Americans never forget the sacrifices made by U.S. military personnel.

“The City of Atlantic Beach is grateful the sacrifices of our Purple Heart recipients made for our freedoms,” said Mayor Ellen Glasser. “It’s important that we acknowledge all service members – active, former and those who have passed -- for their courage, along with never forgetting those who paid the price on our behalves.”

The Purple Heart is a medal awarded to any member of the U.S. armed forces who is either wounded or killed in combat. Ten recipients of the prestigious medal were in attendance at Monday’s City Commission meeting, along with other retired and current military personnel who were on hand to express their support to these heroes and their spouses.